This event will take place at the East Tennessee History Center on November 10 at 7:00 pm. 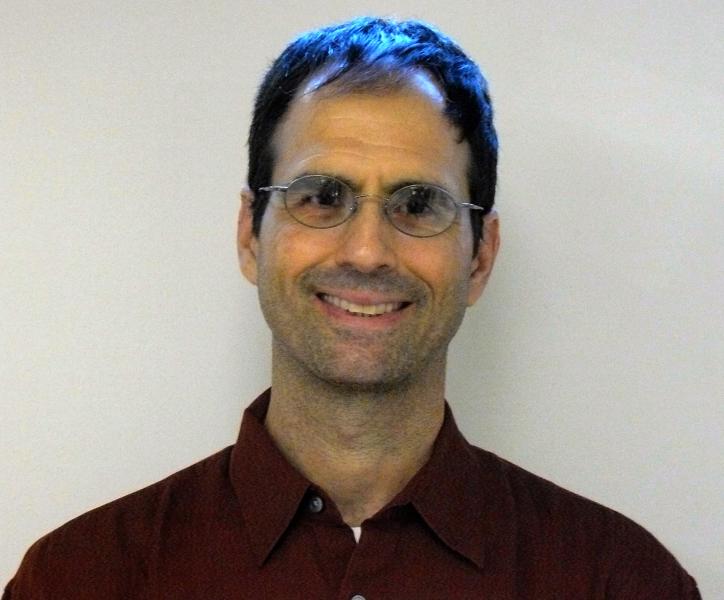 John Suval is a historian of the nineteenth-century United States specializing in antebellum political culture, the American West, public lands, and the U.S.-Mexico borderlands. He earned his Ph.D. from the University of Wisconsin and was a Research Assistant Professor of History at the University of Tennessee, Knoxville, serving as an editor of The Papers of Andrew Jackson. He recently moved to West Virginia where he is at work on a book examining inflection points in the history of American democracy. 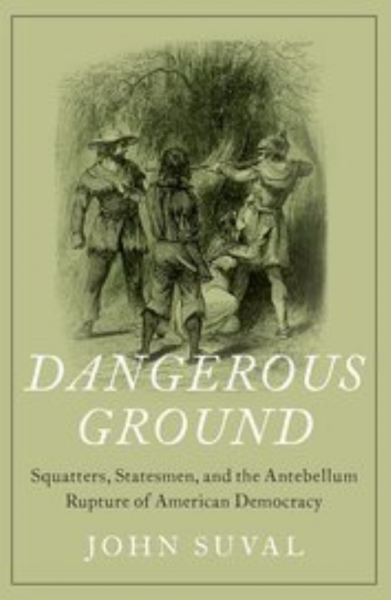 The squatter—defined by Noah Webster as “one that settles on new land without a title”—had long been a fixture of America’s frontier past. In the antebellum period, white squatters propelled the Jacksonian Democratic Party to dominance and the United States to the shores of the Pacific. In a bold reframing of era’s political history, John Suval explores how Squatter Democracy transformed the partisan landscape and the map of North America, hastening clashes that ultimately sundered the nation.

With one eye on Washington and the other on flashpoints across the West, Dangerous Ground tracks squatters from the Mississippi Valley and cotton lands of Texas, to Oregon, Gold Rush-era California, and, finally, Bleeding Kansas. The sweeping narrative reveals how claiming western domains became stubbornly intertwined with partisan politics and fights over the extension of slavery. While previous generations of statesmen had maligned and sought to contain illegal settlers, Democrats celebrated squatters as pioneering yeomen and encouraged their land grabs through preemption laws, Indian removal, and hawkish diplomacy. As America expanded, the party’s power grew. The US-Mexican War led many to ask whether these squatters were genuine yeomen or forerunners of slavery expansion. Some northern Democrats bolted to form the Free Soil Party, while southerners denounced any hindrance to slavery’s spread. Faced with a fracturing party, Democratic leaders allowed territorial inhabitants to determine whether new lands would be slave or free, leading to a destabilizing transfer of authority from Congress to frontier settlers. Squatters thus morphed from agents of Manifest Destiny into foot soldiers in battles that ruptured the party and the country.

Deeply researched and vividly written, Dangerous Ground illuminates the overlooked role of squatters in the United States’ growth into a continent-spanning juggernaut and in the onset of the Civil War, casting crucial light on the promises and vulnerabilities of American democracy.

"In Dangerous Ground, John Suval insightfully explores a compelling mystery: how, during the mid-nineteenth century, did the disreputable squatter become transformed into the patriotic pioneer of expansion and the arbiter of the nation's future? With broad research and in clear writing, Suval reveals how opportunistic politicians encouraged and exploited squatters to dispossess Native peoples and play the dangerous game of sectional confrontation in the run up to the Civil War."

-- Alan Taylor, author of American Republics: A Continental History of the United States, 1783-1850

"This is an uncommonly good and sweeping study of the vast, destabilizing roles white 'squatters' on western lands played in American political culture in the decades before the Civil War. Using a striking array of sources, Suval demonstrates how figures once commonly associated with illicit land grabs became a central force in Jacksonian politics and, eventually, key players in the clashes over slavery and its expansion. Ranging from the Mississippi Valley in the 1830s to Gold Rush California and the contested prairies of Bleeding Kansas, the author shows how the figure of the squatter was transformed from a frontier scourge into the main actors of a fraying nation's most serious crisis."

-- Jonathan Earle, author of Jacksonian Antislavery and the Politics of Free Soil, 1824-1854

"John Suval's groundbreaking book refines the catch-all category of settler colonialism into the more specific variant of squatter colonialism. After reading this bold reinterpretation of antebellum politics, I wondered if the 'Age of Jackson' might be better cast as the 'Age of Squatters."

-- Stephen Aron, author of Peace and Friendship: An Alternative History of the American West

"In his pathbreaking new book, John Suval proves that Jacksonian Democrats used the image of the hearty squatter and his large family to manipulate the partisan debate in favor of land grabbing, continental expansion, and the ruthless removal of Native peoples. Like today's paeans to the hardworking, self-made man, the squatter magically stood in for everyman: planter elites, small-scale speculators, and artful politicians all pretended that they and the poor white man were essentially equal in social endowment. Suval's insightful and richly researched book reminds us that American democracy was as much about land, wealth, and the populist cant of opportunity as it was about voting rights."